A Short Story of Me

Comfort was the first 360-degree film I ever made, and the first project of my undergrad experience at KU for a course in experimental media.

The subject matter revolves around my experiences being a queer and transgender person going through bodily changes and finding myself in a whirlwind of confusing emotions brought on by the memetic 'second puberty'. It focuses on recreating the headspaces I'd find myself in, using a voyeuristic sort of intimacy that 360 video allows.

It revolves around my experiences being a queer person going through body changes and finding myself internally. It focuses on recreating the headspaces I was in, using a voyeuristic sort of intimacy that 360 allows.

There were many creative challenges I considered for this project, and while I knew I wanted to do something with 360, the 'what' and 'how' ended up being the bigger questions. Given the resources I had available, I made use of the only 360-capable video equipment the university had, a Ricoh Theta handheld camera set atop a gimbal mount.

Of course, as with any video content, continuity is a major consideration, but I quickly learned how especially unforgiving 360 video can be in that regard. Instead of fighting with objects jumping in space and time, I embraced it as a core element of the production to invite the audience to peek around and observe how the environment changes between shots and how they are a reflection of my emotional state.(edited) 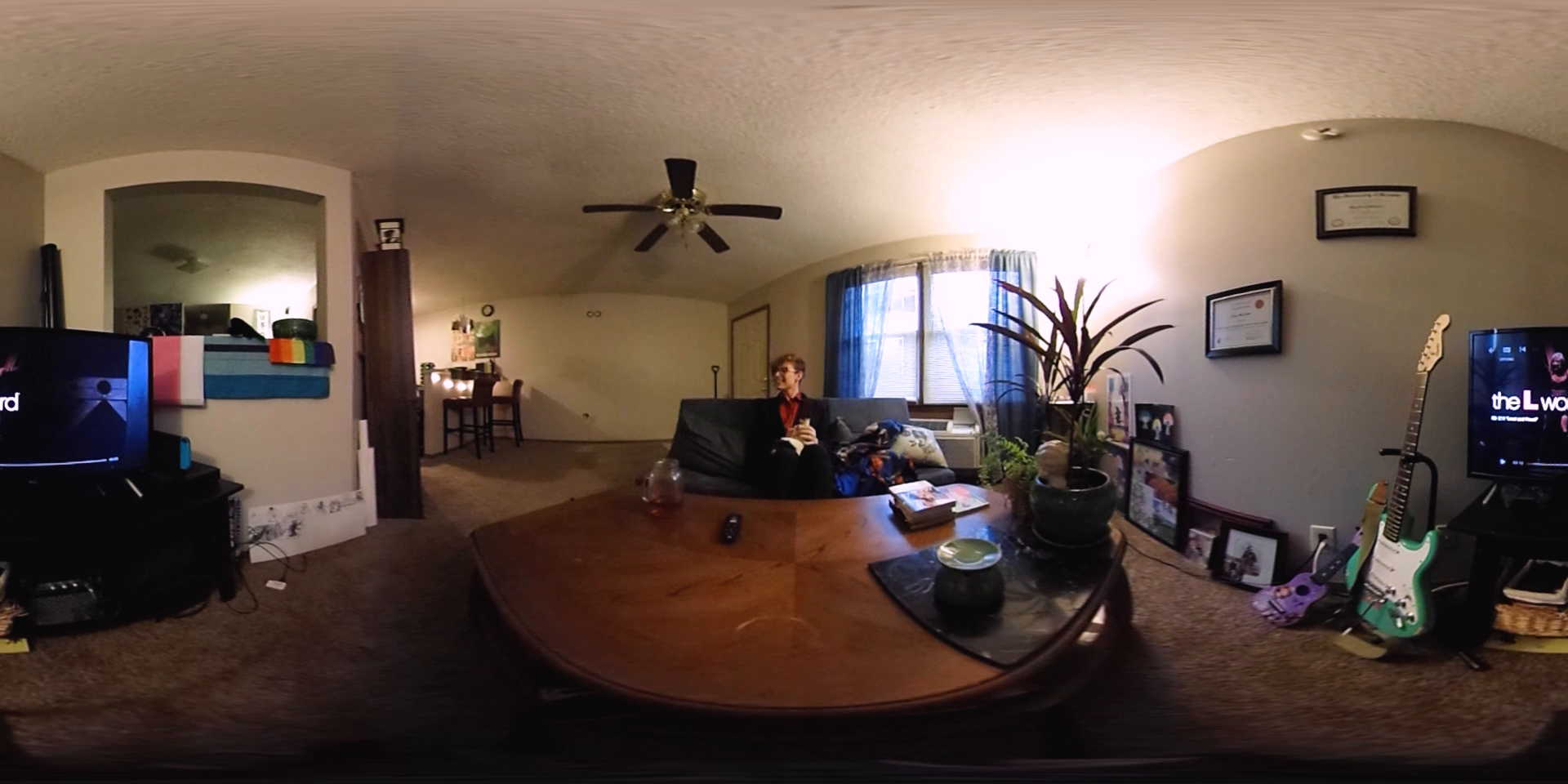 Happiness. The end goal of any journey of finding oneself. 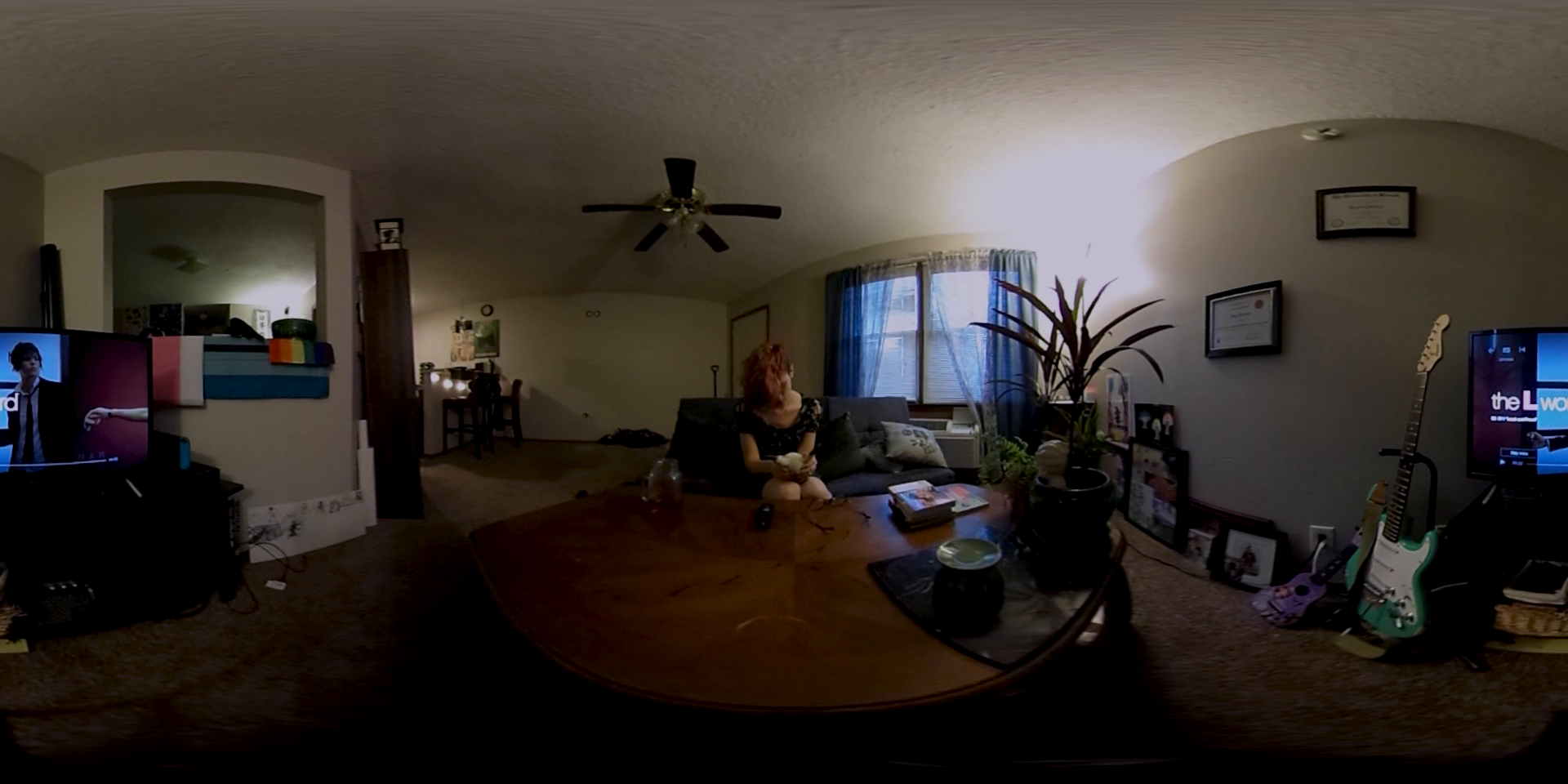 Sadness. Finding myself was difficult, and part of this film shows the sadness as I tried to fit myself into a box I didn't really like.